Ramblings of a cloud engineer

Welcome. This is a longer post about how to deploy a Go backend with a React frontend on Kubernetes as separate entities. Instead of the usual compiled together single binary Go application, we are going to separate the two. Why? Because usually a React frontend is just a “static” SPA app with very little requirements in terms of resources, while the Go backend does most of the leg work, requiring a lot more resources.

Part two of this will contain scaling, utilization configuration, health probes, readiness probes, and how to make sure our application can run multiple instances without stepping on each other’s toes.

Note: This isn’t going to be a Kubernetes guide. Some knowledge is assumed. 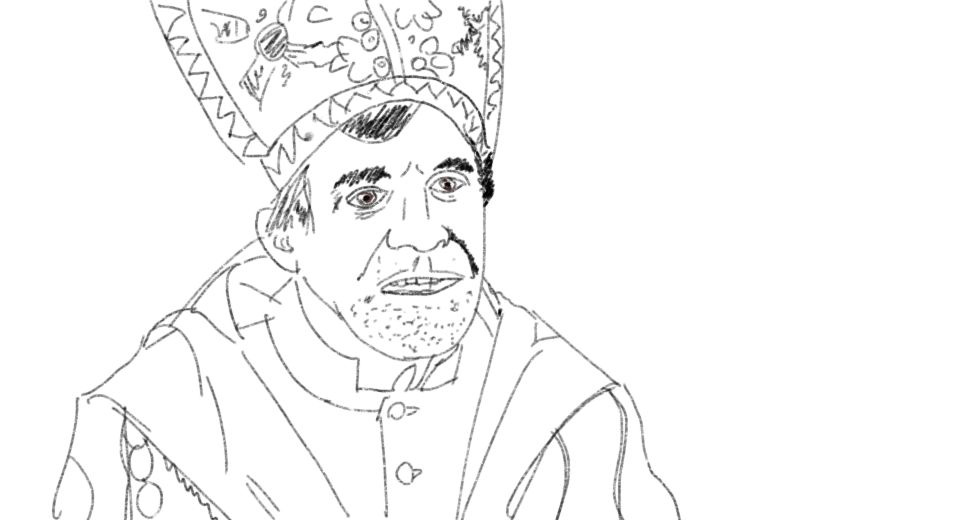 This post details a complex setup of an infrastructure with a second part coming on scaling and how to make your application scalable in the first place by doing idempotent transactions or dealing with locking and several instances of the same application not stepping on each other’s foot.

This, part one, details how to deploy traditional REST + Frontend based application in Go + React, but not bundled together as a single binary, instead having the backend separate from the frontend. They key in doing so is explained at the Ingress section when talking about routing specific URIs to the backend and frontend services.

If you are familiar with Kubernetes and infrastructure setup, feel free to skip ahead to that section. Otherwise, enjoy the drawings or the writing or both.

The SPA app will be handled by Serve while the Go backend will use Echo. The database will be Postgres.

We are going to apply some best practices using Network Policies to cordon off traffic that we don’t want to go outside.

We will set up HTTPS using cert-manager and let’s encrypt. We’ll be using nginx as ingress provider.

All, or most of the code, including the application can be found here:

Staple. The application is a simple reading list manager with user handling, email sending and lots of database access.

Let’s get to it then! 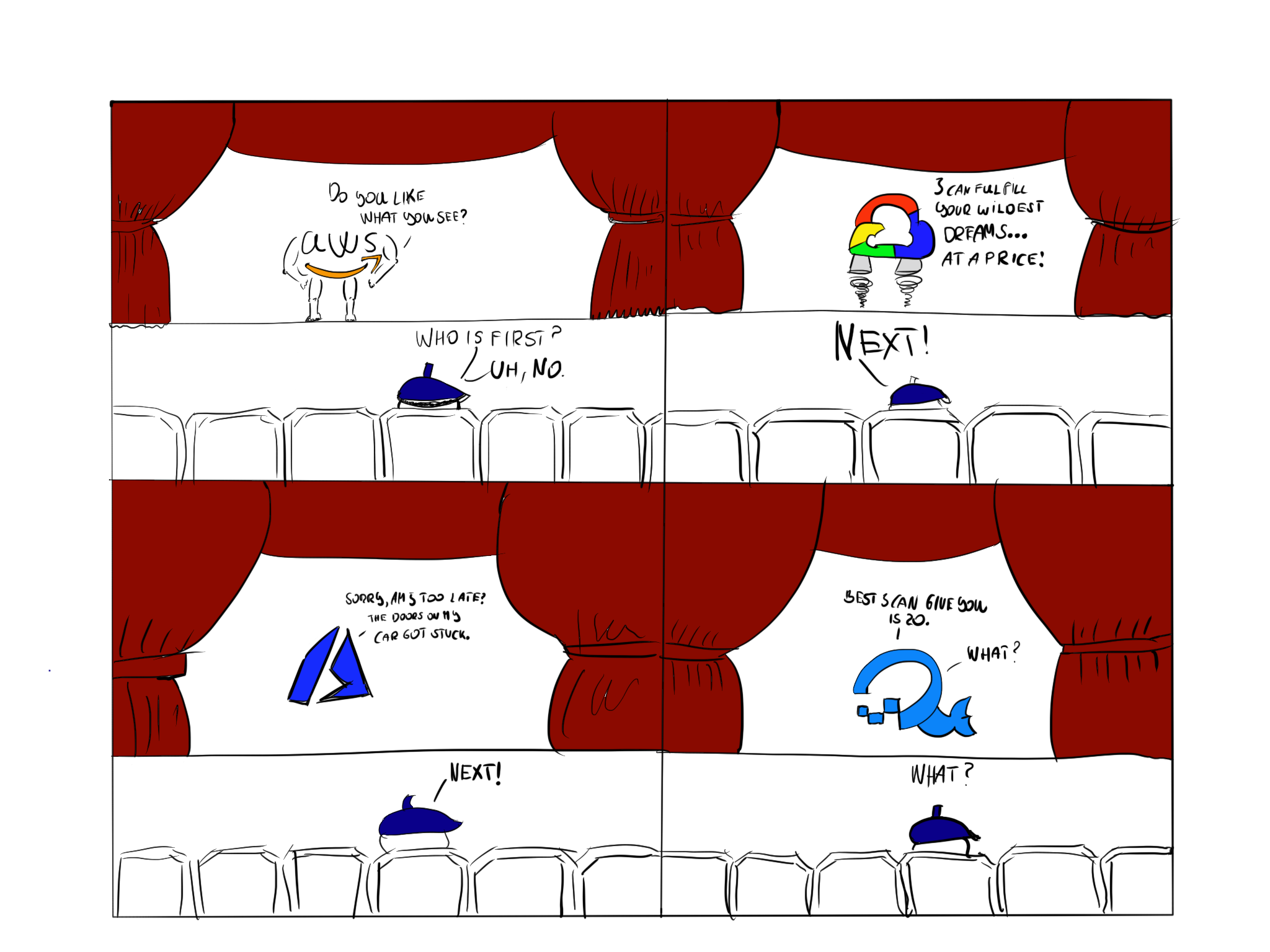 Let’s start with the obvious one. Where do you would like to create your Kubernetes cluster?

There are four major providers now-a-days. AWS EKS, GCP GKE, Azure AKS and DigitalOcean DKE. Personally, I prefer DO because, it’s a lot cheaper than the others. The downside is that DO only provides ReadWriteOnce persistent volumes. This gets to be a problem when we are trying to update and the new Pod can’t mount the volume because it’s already taken by the existing one. This can be solved by a good ol NFS instance. But that’s another story.

AWS' was late to the party and their solution is quite fragile and the API is terrible. GCP is best in terms of technicalities, api, handling, and updates. Azure is surprisingly good, however, the documentation is most of the times out of date or even plain incorrect at some places. 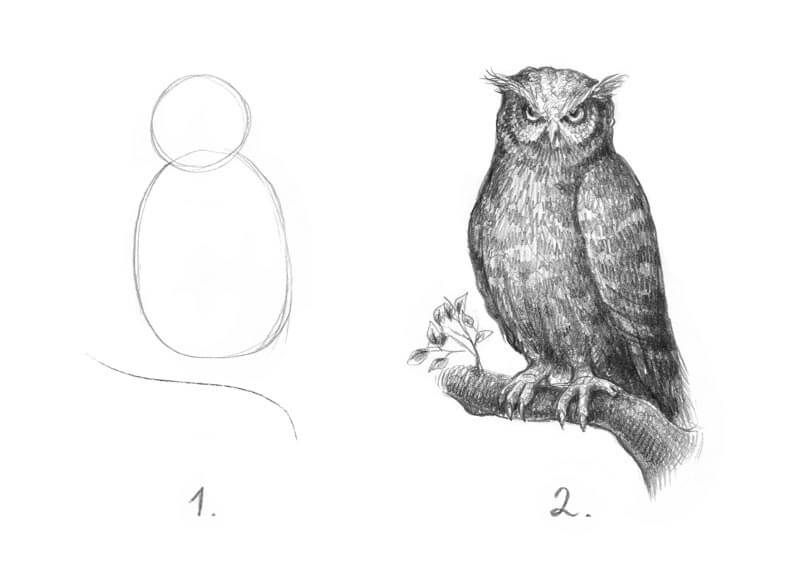 To setup your Kubernetes instance, follow DigitalOcean’s Kubernetes Getting Started guide. It’s really simple. When you have access to the cluster via kubectl I highly recommend using this tool: k9s.

It’s a flexible and quite handy tool for quick observations, logs, shells to pods, edits and generally following what’s happening to your cluster.

Now that we are all set with our own little cluster, it’s time to have some people move in. First, we are going to install cert-manager.

Note: I’m not going to use Helm because I think it’s unnecessary in this setting. We aren’t going to install these things in a highly configurable way and updating with helm is a pain in the butt. For example, for cert-manager the update with helm takes several steps, whilst updating with a plain yaml file is just applying the next version of the yaml file.

I’m not going to explain how to install cert-manager or nginx. I’ll link to their respective guides because frankly, they are simple to follow and work out of the box.

To install cert-manager follow this guide: cert-manager. Follow the regular manifest install part, then ignore the Helm part and proceed with verification and then install your issuer. I used a simple ACME/http01 issuer from here: acme/http01

Note: That acme configuration contains the staging url. This is to test that things are working. Once you are sure that everything is wired up correctly, switch that url to this one: https://acme-v02.api.letsencrypt.org/directory -> prod url. For example:

Note: I’m using a ClusterIssuer because I have multiple domains and multiple namespaces.

That’s it. Cert-manager and nginx should be up and running. Later on, we will create our own ingress rules.

Next, you’ll need a domain to bind too. There are a gazillion domain providers out there like no-ip, GoDaddy, HostGator, Shopify and so on. Choose one which is available to you or has the best prices.

There are some good guides on how to choose a domain and where to create it. For example: 5 things to watch out for when buying a domain.

Alright, let’s put together the application. 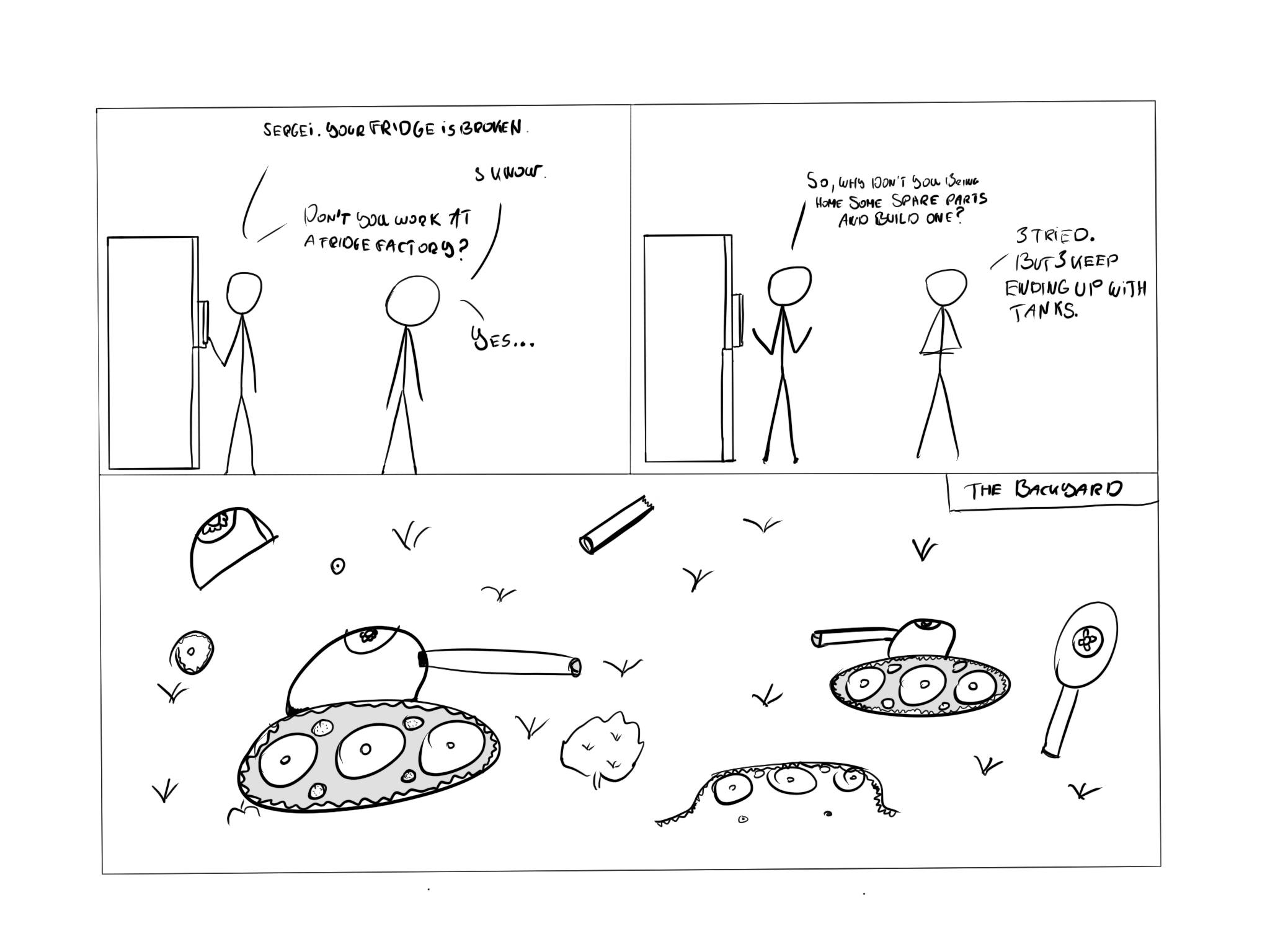 Every piece of our infrastructure will be laid out in yaml files. I believe in infrastructure as code. If you run a command you will most likely forget about it, unless it’s logged and / or is replayable.

This is the structure I’m using:

One other possible combination is, if you have multiple applications:

Before we begin, we’ll create a namespace for our application to properly partition all our entities.

To create a namespace we’ll use this yaml example_namespace.yaml:

Deploying a Postgres database on Kubernetes is actually really easy. You need five things to have a basic, but relatively secure installation.

The secret contains our password and our database user. In postgres, if you define a user using POSTGRES_USER postgres will create the user and a database with the user’s name. This could come from Vault too, but the Kubernetes secret is usually enough since it should be a closed environment anyways. But for important information I would definitely use an admission policy and some vault secret goodness. (Maybe another post?)

To generate the base64 code for a password and a user, use:

…and paste the result in the respective fields. Once done, apply with kubectl -f apply database_secret.yaml.

The deployment which configures our database. Looks something like this (database_deployment.yaml):

The first one makes sure that our data isn’t lost when the database pod itself restarts. It creates a mount to a persistent volume which is defined a few lines below by persistentVolumeClaim. subPath is important in this case otherwise you’ll end up with a lost&found folder.

The second mount is a postgres specific initialization file. Postgres will run that sql file when it starts up. I’m using it to create my application’s schema.

And it comes from a configmap which looks like this:

Network policies are important if you value your privacy. They restrict a PODs communication to a certain namespace OR even to between applications only. By default I like to deny all traffic and then slowly open the valve until everything works. 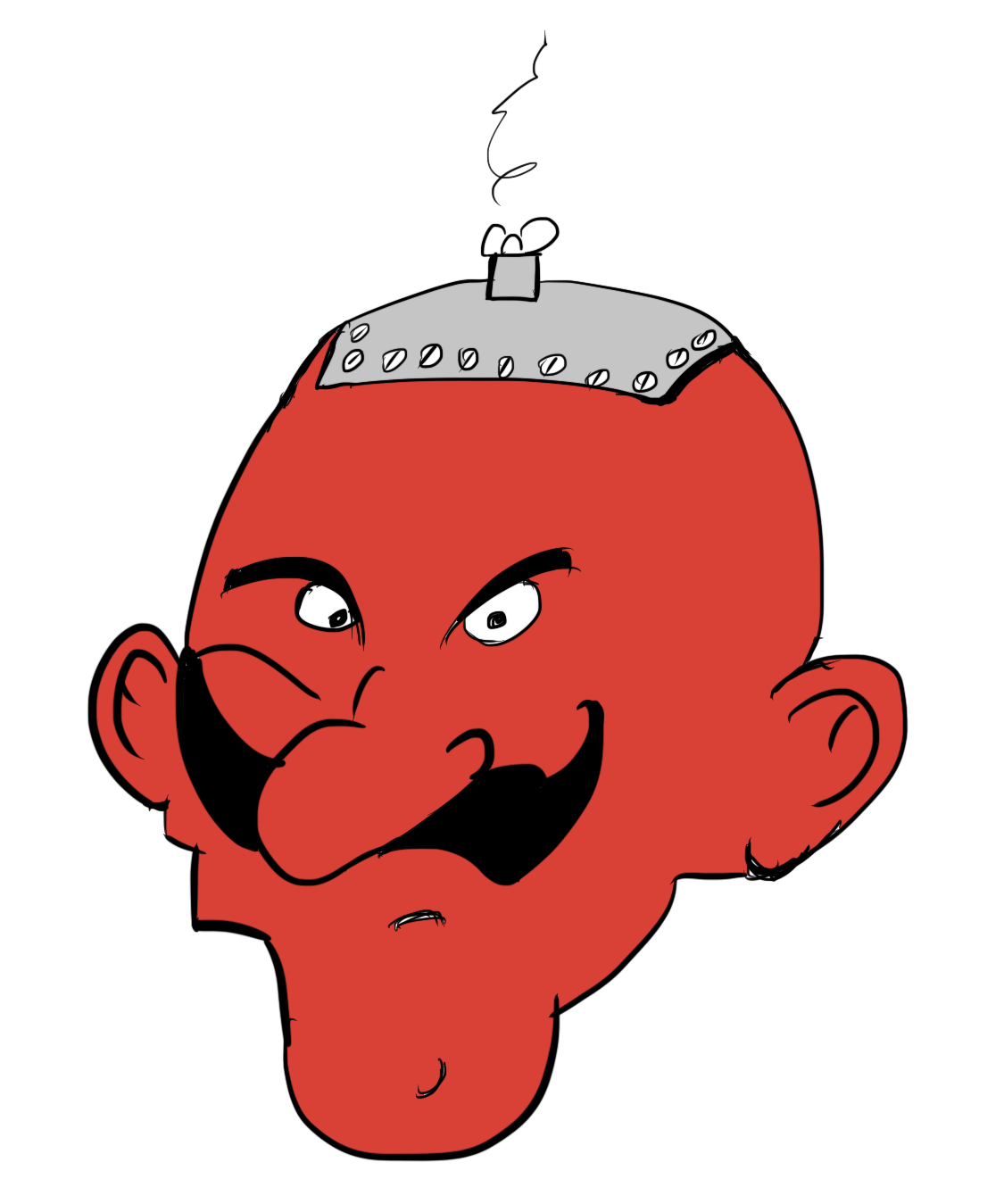 Kudos if you know who this is. (mind my terrible drawing capabilities)

We’ll use a basic network policy which will restrict the DB to talk to anything BUT the backend. Nothing else will be able to talk to this Pod.

The important bit here is the podSelector part. The label will be the label used by the application deployment. This will restrict the Pod’s incoming and outgoing traffic to that of the application Pod including denying internet traffic.

10 gigs should be enough anything. 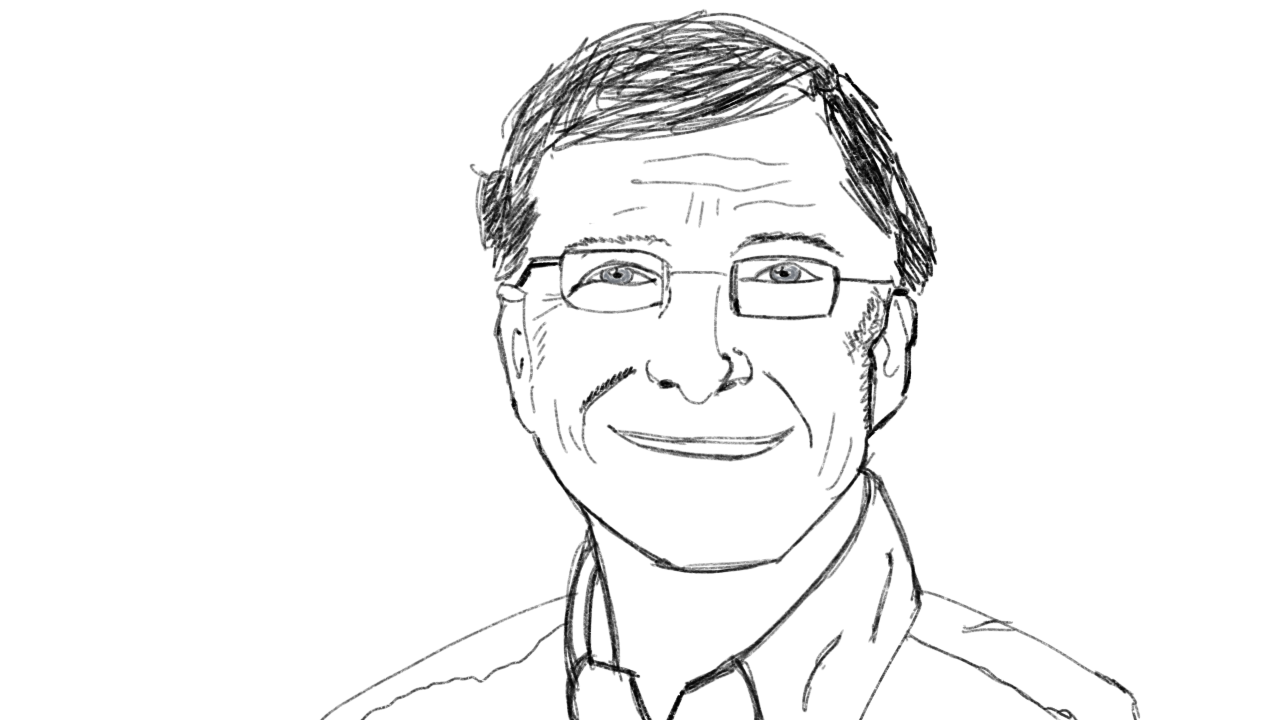 The service will expose the database deployment to our cluster.

Our service is fairly basic:

That’s done with the database. Next up is the backend.

The backend itself is written in a way that it doesn’t require a persistent storage so we can skip that part. It only needs three pieces. A secret, a deployment definition and the service exposing the deployment.

First, we create a secret which contains Mailgun credentials.

The connection settings are handled through the same secret which is used to spin up the DB itself. We have to only mount that here too and we are good.

Which brings us to the deployment. This is a bit more involved.

There are a few important points here and I won’t explain them all, like the resource restrictions, which you should be familiar with by now. I’m using a mix of 12factor app’s environment configuration and command line arguments for the application configuration. The app itself is not using os.Environ but the args.

The args point to the cluster local dns of the database, some db settings, and the mailgun credentials.

It also exposes the container port 9998 which is Echo’s default port.

Now all we need is the service.

And with this, the backend is done.

The frontend, similarly to the backend, does not require a persistent volume. We can skip that one too.

In fact it only needs two things, a deployment and a service, and that’s all. It uses serve to host the static files. Honestly, that could also be a Go application serving the static content or anything that can serve static files.

And with that the backend and frontend are wired together and ready to receive traffic.

All pods should be up and running without problems at this point. If you have any trouble deploying things, please don’t hesitate to leave a question in the comments.

Fantastic. Now, our application is running. We just need to expose it and route traffic to it. The backend has the api route /rest/api/v1/. The frontend has the route syntax /login, /register and a bunch of others. The key here is that all of them are under the same domain name but based on the URI we need to direct one request to the backend the other to the frontend.

This is done via nginx’s routing logic using regex. In an nginx config this would be the location part. It’s imperative that the order of the routing is from more specific towards more general Because we need to catch the specific URIs first.

To do this, we will create something called an Ingress Resource. Note that this is Nginx’s ingress resource and not Kubernetes'. There is a difference.

I suggest reading up on that link about the ingress resource because it reads quite well and will explain how it works and fits into the Kubernetes environment.

Got it? Good. We’ll create one for staple.app domain:

Let’s take a look at what’s going on here. The first thing to catch the eye are the annotations. These are configuration settings for nginx, cert-manager and Kubernetes. We have the cluster issuer’s name. The challenge type, which we decided should be http01, and the most important part, the rewrite-target setting. This will use the first capture group as a base after the host. 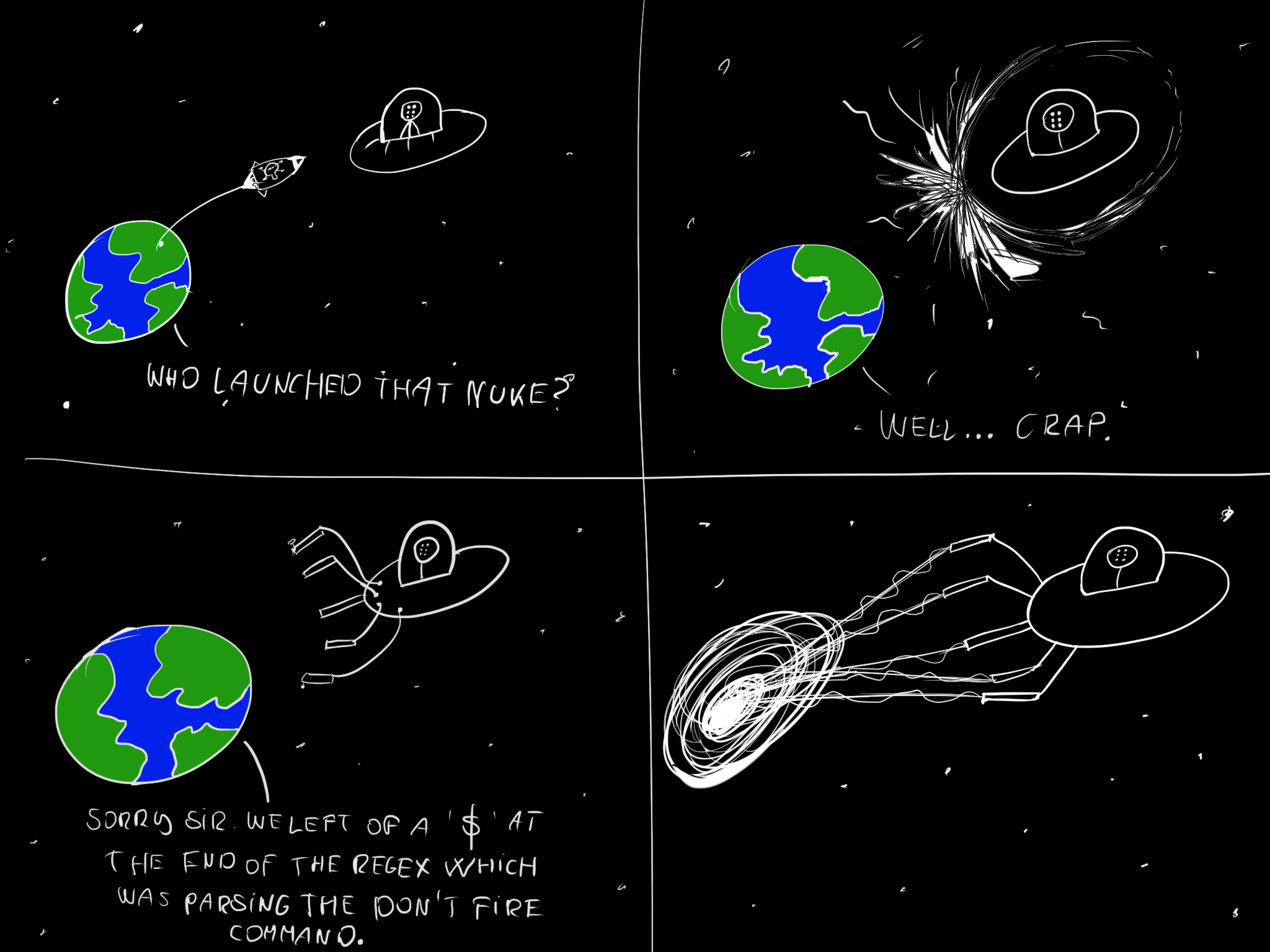 If there is a request like, staple.app/login, which is our frontend’s job to pick up, the first rule will not catch it because the regex isn’t matching, so it falls through to the second one, which is the frontend service that is using a “catch all” regex. Like ip tables, we go from specific to more general.

And that’s it. If everything works correctly, then the certificate service wired up the https certs and we should be able ping the rest endpoint under https://staple.app/rest/api/1/token and log in to the app in the browser using https://staple.app.

Stay tuned for the second part where we’ll scale the thing up!

Thanks for reading! Gergely.